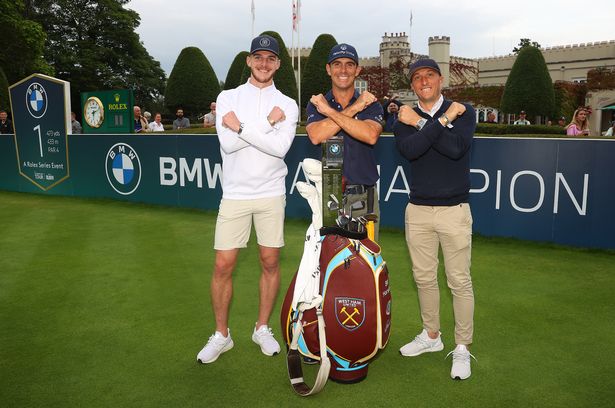 With the US PGA season basically ending last week all eyes were on Europe and the BMW PGA Championship at Wentworth this weekend. It was won by American Billy Horschel but I’ll be honest, I barely watched any of it. Not because I wasn’t interested, just because European Tour golf is really tough to watch due to it being played during the daytime.

To invest yourself in a European Tour event you have to stay in all weekend, whereas with the golf over the pond you can do whatever you need to need to do on a Saturday and Sunday and still be home until to sit down and watch the golf that night. So I didn’t see much of Horschel’s win but I do have some thoughts on it.

Firstly, I like that he came over to play in it. We don’t really see enough of that as the top Americans don’t seem to come over as much as they used to. Let’s face it, even the top European lads don’t play as much over here as they used to, so we can’t expect the Americans to do it.

Respect to Horschel for coming over though and I don’t begrudge him winning it. In fact, I’m pretty happy about it. Not because I especially like him or root for him, but because it might encourage more PGA Tour pros to come over. He seems to love it over here though and as he never tires of telling people he’s a big West Ham fan and has even been using a golf bag in West Ham’s colours.

Mark Noble and Declan Rice were there supporting him and he’s planning on watching the Hammers while he’s over here. Again, fair play to him as he hasn’t gone down the glory hunting route and has instead chosen to follow a team that never wins anything (the 1966 World Cup doesn’t count, Hammers fans!). Granted, his reason for following them is a little weird (he loved the movie Green Street) but whatever.

It got me thinking though. Billy hasn’t made the US Team which shows just how ridiculously strong they are. If Horschel was European he’d easily be one of the five best players in the team. After all, he just came over here into our back yard and whupped most of our Ryder Cup team to win the event. He’s 18th in the world rankings, plus he’s the reigning World Matchplay champ too so that format suits him.

How did he not get more of a push for a spot on the team? People were banging the drum for Kevin Na and Kevin Kisner, but there was very little love for ‘Billy Ho’. America doesn’t deserve him. I’m glad Europe aren’t having to go up against him but he’s basically one of us anyway now isn’t he? Sir William of Horschel.

Maybe we can get him a Slovakian wife and a new passport in time for the next Ryder Cup in a couple of years? Anyone know if Rory Sabbatini’s wife has a younger sister or an eligible friend?

Another American not going to be at the Ryder Cup this year is good old Patrick Reed, much to the displeasure of a large section of the US fanbase who were downright FURIOUS at Steve Stricker’s omission of “Captain America”. I mean, much as I wanted Reed there just for the potential mayhem and chaos it might cause, let’s call this like it is; there was just no way Stricker could take him.

Even if you overlook that he hasn’t been playing that great, or that most of the team don’t like him and wouldn’t want him there, it really breaks down like this; this is a guy who a couple of weeks ago was either at death’s door, or even worse, he lied about being at death’s door.

So if he was telling the truth he’s not physically up to the demands of a Ryder Cup and if he was lying then he’s a lunatic and you wouldn’t want him anywhere near the rest of your team. Not when the lunatic quota has already been filled by Mr “I don’t want to get vaxxed because I’d rather it go to someone who needs it”.

Stricker did all he could to let Reed down gently, claiming he had “lost sleep” over not selecting him. Yeah I’ll bet he did, but it won’t have been the actual decision to not pick him him that was unsettling to him. It will have been the fear of the inevitable backlash from Reed’s supporters, not to mention the potential for Reed’s mad wife to go on a twitter rampage from their family burner account, @UseGolfFACTS.

Yet with doubts over Brooksy’s participation there may have been a chance for Reed to still get in as 13th man. After all, Stricker had spoken about how tough the decision was, so if he needed to call up a replacement it would have been hard to explain overlooking “Cap” once again, right? At least it would have been if Reed’s official twitter account (not their family burner one) hadn’t then gone on a ‘liking’ spree of seemingly every tweet on the platform that was angry about his snub.

Even tweets calling Stricker “a coward” were showing up on Reed’s likes. Until people started to notice and it became headline news, at which point Reed (or more likely his mad wife) quickly began ‘unliking’ those tweets and then blocking the hundreds of people who had pointed it out. It was all highly entertaining and made me all the more sad he wasn’t going to be a part of the Ryder Cup, as Europe’s chances would definitely have been boosted by that.

Reed is the out and out baddie that a lot of people accuse DeChambeau of being. While Bryson clearly has his issues, Reed just seems completely irredeemable, but every sport needs its villains and Reed 100% makes golf more interesting. Let’s be honest here, if every golfer was like Patrick Cantlay nobody would watch. That’s nothing against Cantlay specifically, I’m just using him to make a point as he’s very topical at the moment due to being voted Player of the Year.

That’s a joke by the way as the best player this year was clearly Jon Rahm and it isn’t even close. It was voted for by the players though, which just tells me that golfers are about as clueless at this sort of thing as footballers are. Rahm led the way in virtually every single category that matters. Not money though, so maybe that’s what US golfers value most? That would explain so many of their dismal Ryder Cup showings over the last 30 years anyway.

But anyway, back to Reed. He’s the ultimate heel. Whereas Bryson clearly wants to be loved, Reed doesn’t appear to give a shiny shite what anyone thinks of him. He’s just going to do his thing and everybody is going to have to deal with him. Just not at this Ryder Cup, sadly.

I remember hearing a story earlier this year about how Stricker made a zoom call to some of the players who were in contention for the team. Most of them were just sat on their sofas, using their laptop or iPad, dressed casually in sweatpants or whatever. Not Reed though. He was sat behind a desk in his office, wearing a blazer and with the US flag proudly on display behind him like he’s the president. How can you not love that? Tremendous levels of whopper.

Which segues nicely into my next topic. Bryson and his obsession with long drive competition. I mentioned a few weeks ago how he’s entered the World Long Drive Championship starting the day after the Ryder Cup and how that could potentially be a fairly big conflict of interests if he was practicing for both at the same time.

Some doubted that he’d focus much on the long driving and argued that he would give his full attention to honing his all around game for the Ryder Cup. To those people I’d like to say, “I’ve got some beans here, but they’re magic. So what do you say, want to buy these magic beans?”

He’s going all in on long drive and even released a YouTube video showing how hard he’s training for it and boasting about how messed up his hands are because of it. He’s doing “two a day” rigorous sessions where he’s listening to loud music, swilling down energy drinks and smashing drive after driver after drive into the simulator trying to increase his ball speed. He then entered a contest where he finished second. He’s really serious about this.

And while he’s doing all that, the European team are playing in tournaments, shaping shots on the range, practicing their short game and generally looking to peak in time for Whistling Straights. Bryson’s preparation is mad and Stricker has to be worried about it.

It’s like a tennis player preparing for Wimbledon by spending hours playing darts down the pub. It’s bad enough he’s doing it, but making a video showing the whole world you’re doing it is just the latest example of him being the least self aware sportsperson on the planet.

If Bryson doesn’t have a good Ryder Cup the fallout from it is going to be epic, and I’m well and truly here for that.